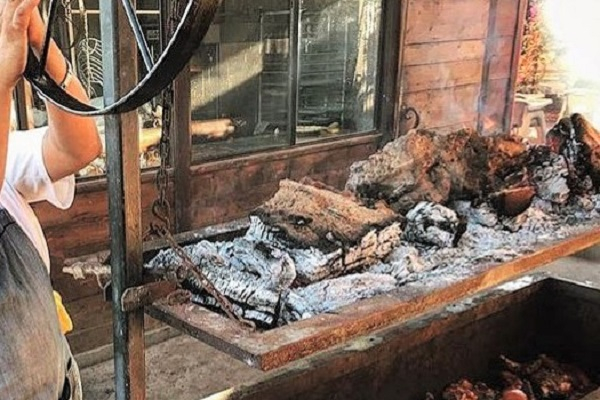 Caja de china is a cooking device used primarily for roasting pork. Literally translated as “Chinese box”, the insulated cooker employs centuries-old technology and can be thought of as and above ground and portable “pib” or cooking pit. Inside the box is a metal liner, a grate to hold a whole or half pig (or multiple suckling pigs), a metal tray located over the pig to contain coals, and a lid that seals in heat.

The name is a matter of debate but some believe that it may have originated in Cuba. The word “china” was often used across the Hispanic Caribbean to mean something ingenious or clever. Thus, caja de china was an appropriate name for a cooking method that reduced the traditional roasting time for a pig by half.