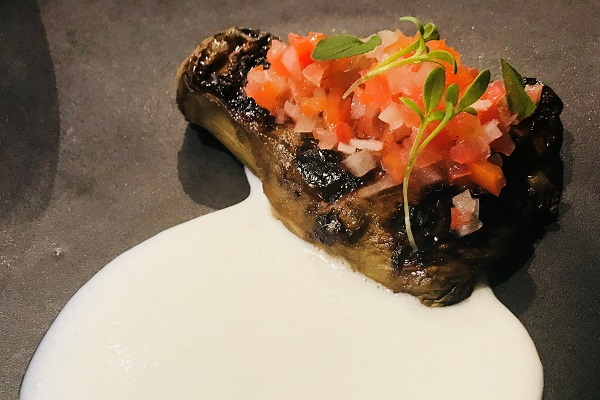 Criollo is a term that originally referred to Latin American people who were of full or near full Spanish descent, distinguishing them from the mestizo hodge-podge of the post-colonial populations of the Americas.

However, over time, the word has taken on additional meanings, such as “local” or “home-grown”, as in the case of “comida criolla” to mean “local cuisine” or “aguacate criollo” for the thin-skinned native avocados of Mexico. It is in this vein that Salsa Criolla is used to describe a South American condiment composed of sliced onions seasoned with ingredients such as cilantro, boiled or pickled beets, boiled potatoes, avocado, chili peppers and tomatoes.

As a rule of thumb, I encourage you to embrace anything edible that includes the word Criollo. Please report back if you find that recommendation to be ill advised.