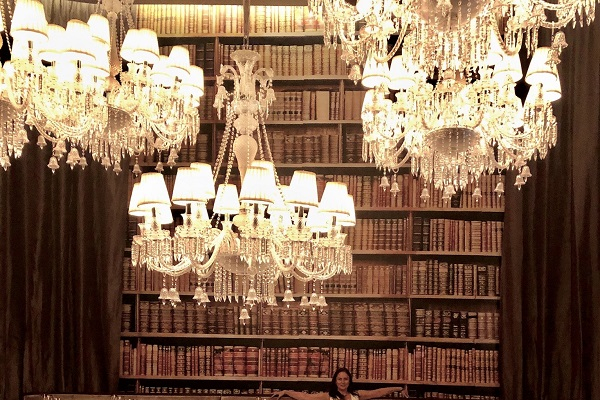 Among my favorite restaurants in San Sebastian is Bodegón Alejandro. When you descend from the masses of pintxo seekers stomping like zombies through the narrow corridors of the Old Town, into the calm, cozy den of Bodegón Alejandro, it is immediately apparent that you are among locals when the Basque mother tongue, Euskara, percolates around the dining room. At the age of 25, the now iconic Basque chef, Martin Berasategui, earned his first Michelin star in that modest subterranean eatery, an appropriate environment to nurture deep roots in traditional cuisine.

Now, after more than 30 years of professional growth, Chef Berasategui demonstrates just how far those roots can travel—all the way to the desert oasis of San Jose del Cabo, BCS, Mexico. Tucked within the Paradisus Hotel, with a view spanning from the Pacific Ocean to the Sea of Cortez, Gastro Bar by Martin Berasategui is raising the bar for Baja dining.

The 6-course menu is decidedly Berasategui but with persistent respect for local flavors. House-made bread with butter 3-ways mimicked the same dish served in San Sebastian but veered from the original with avocado and jitomate. An amuse bouche from the kitchen was a delight with smoked cream, salmon, and a crumble on topping. 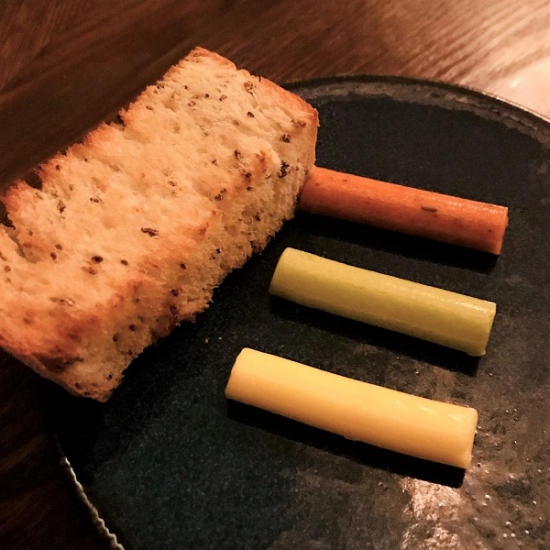 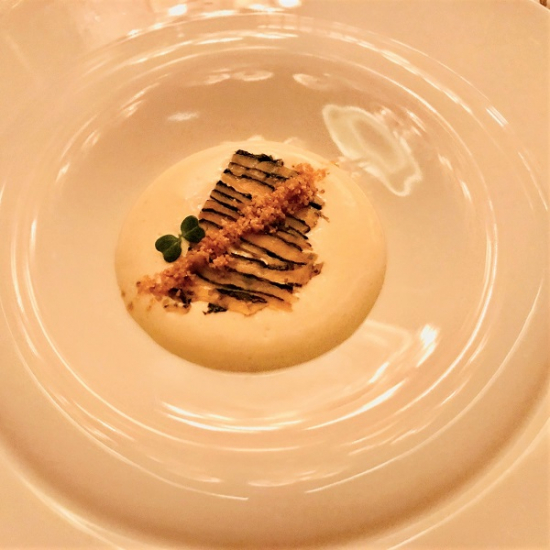 A marinated tuna with black garlic and beets sparkled on the tongue when paired with Italian rose bubbles. Three petite truffle cream raviolis peeked out from beneath Parmesan foam and made me giggle at a flavor association with Annie’s Mac n Cheese. 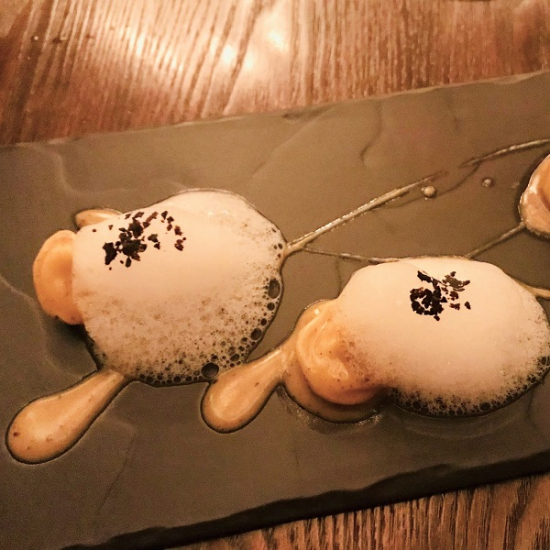 A seared foie was elevated by a red onion compote—invoking an acidic staple common to taco bars across Mexico. The star dish for me was the sous vide Totoaba, a fish of lore in Baja. The crisp skin would have been treat enough on its own, but when complemented by the subtle herbaceous notes of fennel and watercress, the fish was incredible. In a nod to Ferran Adrià, three explosive “olives” added a well-placed punch of brine to the plate. 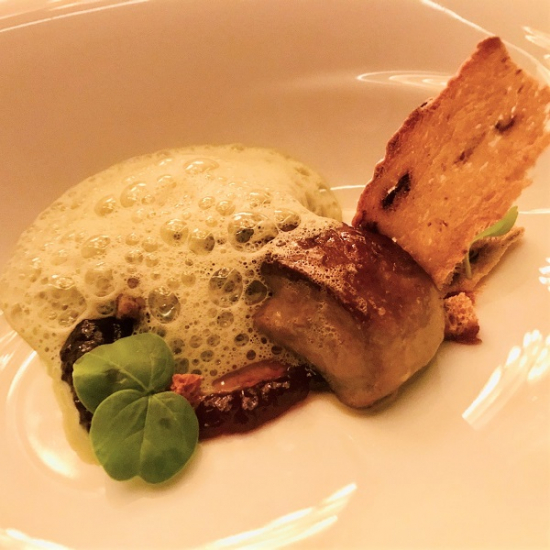 The last dish pulled my revelries from Basque Country to Asturias. Seared Black Angus sirloin cozied up with pearls of Camembert cheese and a sauce of Iberian ham. 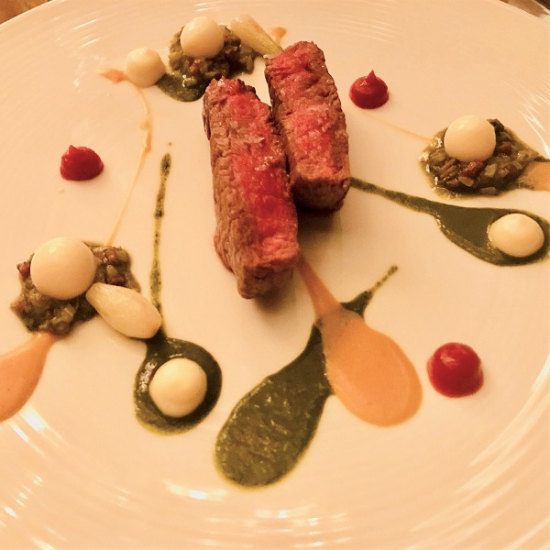 Finally, a pineapple palate cleaner signaled the shift from savory to sweet. My usual indifference toward dessert was mitigated when the coffee chocolate mousse arrived with an iced Carajillo [RECIPE] (espresso with a Liqueur called 43), one of my favorites after dinner treats when I have no interest in sleeping. A cinnamon ice cream melted into the rich chocolate pool and brought to mind a mug of Mexican hot chocolate and churros. Two final tiny bites, one cheese cake and one a crisp cookie completed the feast. Without exception, Chef Luis Armando delivered on the Berasategui name and vision, no small feat. 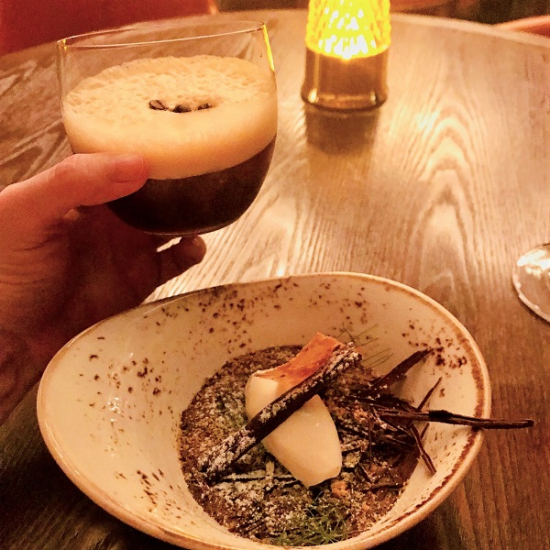 But there is more to this story. While Michelin quality food in BCS is a surprise, Michelin quality SERVICE is jaw-dropping. The experience from the greeting by Karla at reception, to wine discussions with the soft spoken, but highly knowledgeable sommelier, Omar, to the entertainment of watching synchronized course changes, every detail was well attended. Reynold, Max, Rodolfo, Oscar, Orlando, and Alberto demonstrated a command of the finer points of service rarely seen in these parts. All the while, the general manager, Ricardo Gomez Raviela, looked on quietly guiding his young team, as if by telepathy. Some of these young men had only recently arrived in the dining room from dish washing and minibar stocking positions. Yet, they conducted themselves with such refined grace, I would never have known.

Knowing my penchant for the kitchen, Ricardo and Chef Luis Armando Mukul, warmly welcomed me back to see where the magic happens. The kitchen was compact, orderly, and operating with an astonishingly small team. We discussed their hopes for future expansion and the very tempting plans for the fall tasting menu to come. I never thought it would be an option, but I am delighted to add the Gastro Bar’s seasonal tasting to my BCS merry-go-round of mariscos, tacos, and late-night hotdog indulgences. 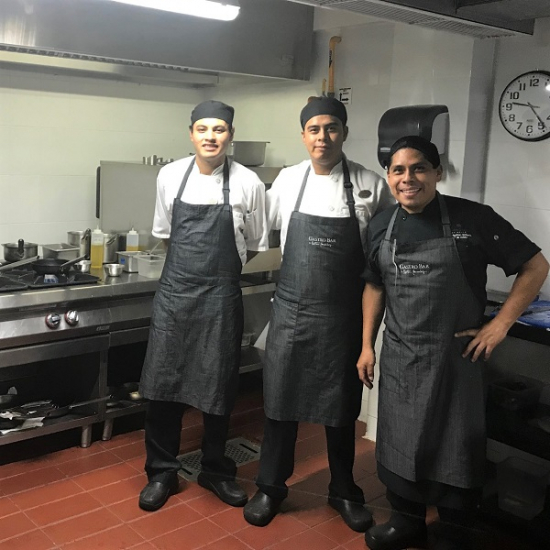 Touchdown at My Mariscos Mecca
Scroll to top