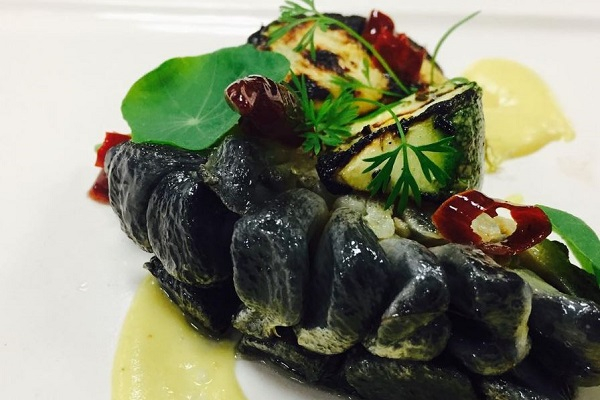 Huitlacoche is a an ingredient in Mexican cuisine that symbolizes the food culture divide between the US and Mexico. Beautiful lobes of dusty pale purple fungus perched atop ears of growing corn, huitlacoche is a delicacy south of the US border served in tacos, quesadillas, omelets, soups and stews. But the same mushroom-like growth in the US goes by the less sexy name “corn smut.” To be fair, some linguists believe that the Spanish name derives from indigenous Nahuatl word for excrement so, smut may be considered an improvement in marketing spin. Still, corn smut has been the target of agricultural eradication in the US for more than a century while Mexican farmers have sold the highly-esteemed product for a significantly higher price than they can earn for their uninfected corn. In recent years, culinary leaders have tried to encourage US farmers and Chefs to cultivate and prepare huitlachoche by rebranding the product as “Mexican truffle.” Their success remains to be seen but will most certainly be more effective than serving “Empanadas of corn excrement” or “Sopes of corn smut.”