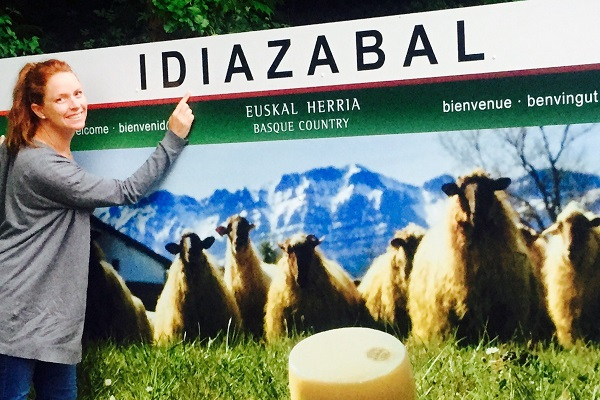 Idiazabal is a traditional, farmhouse, hard cheese made from raw sheep’s milk in the Basque and Navarra regions of northern Spain. The cheese is named after the small village of Idiazabal. The first Idiazabal makers were nomadic shepherds who pastured their flocks in the high mountain pastures of the region. During the summer, the sheep would move up the mountain to graze on the lush, new grass. Their abundant milk was used to make the cheese in mountain huts where the rounds matured in the rafters. The home fires imparted a faint smoky flavor. In the Fall, the shepherds, sheep, and cheeses would all return to the valley villages, in time for the yellow-brown wheels to go to market. Today, the producers of Idiazabal cheese imitate these traditional methods, aging the wheels for at least two months and providing a light smoking with beech or alder wood.