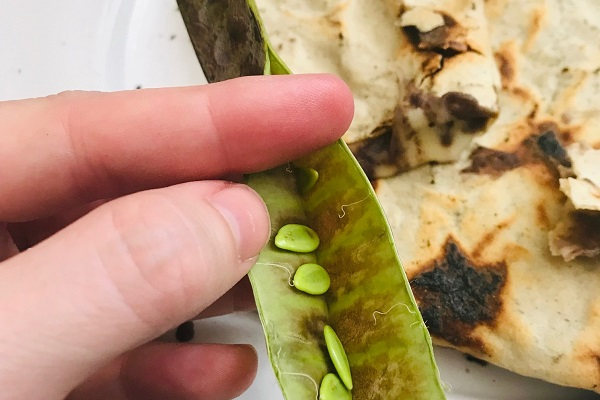 A chef friend working in Valle de Guadalupe, Chef Gerardo Alvarado Velazquez, gave me his short list of essential restaurants in the Condesa neighborhood of Mexico City. On this day, my lunch pick was largely based on the fact that it opened earlier than the others and I was starving.

Pasillo de Humo is 3-story property sandwiched between a mariscos joint and Bonito, yet another stop on Gerardo’s list. On the 2nd floor, a covered terrace dining room is flooded with natural light and flanked by a bar and a grill station. At the grill, a woman was picking verdolagas from their stems and a cook was transforming fresh mounds of dough into tlayudas and other treats. Seated just a few feet from them, I enjoyed watching the glowing orange sparks ascend like fireflies into the cavernous overhead exhaust. The smell of the fire lit my appetite. Up another flight of stairs, is a loft kitchen from which the team rains down culinary delights. 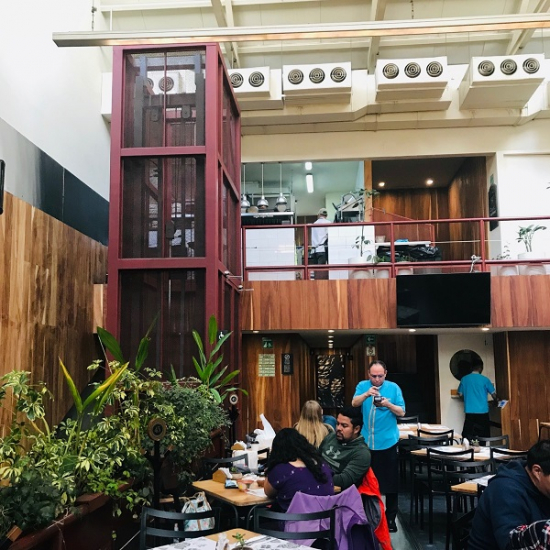 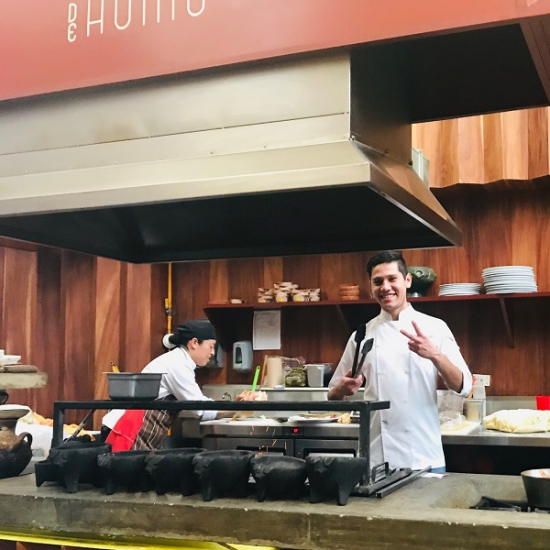 From the first encounter with the hostess, service was warm, welcoming and attentive, without rush nor fuss. Gerardo had prepped me with menu suggestions, and I was sold on the cazuela de huevo y chapulines, a clay pot filled with molten Oaxacan cheese, grilled hoja santa leaf, minced chile-roasted grasshoppers, and a mild but flavorful pasilla chile salsa. The sunny side up egg served to bind the concoction with glossy yolk. If ever there was a singular dish to introduce one to the prevailing flavors of pre-hispanic Oaxaca- this was it. 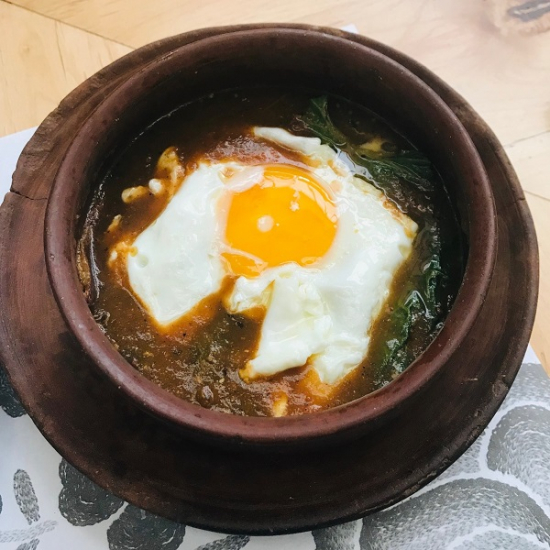 The cazuela was ample but I couldn’t resist ordering a tlayuda sencilla made with a corn tortilla charred on the comal, cheese and black beans seasoned with epazote and hierba de conejo. The herbs imparted complex flavors that were anything but sencillo (simple). Garnishing the tlayuda, were slices of radish, pickled red onion, and a long, green seed pod known as guajes. My server happily showed me how to open the pod and pluck out the green, pumpkin seed-shaped morsels. I popped one into my mouth and chewed. It tasted like a starchy pea with the bitterness of clover. Turns out these dangling gems are used, both fresh and dry-roasted, in all manner of Oaxacan salsas, guacamole, soups, and moles. 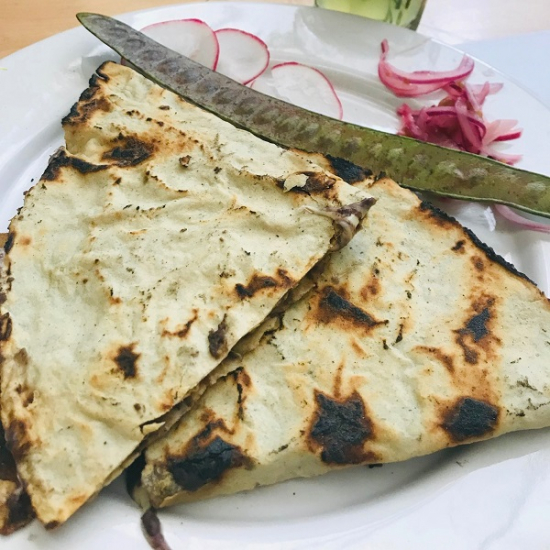 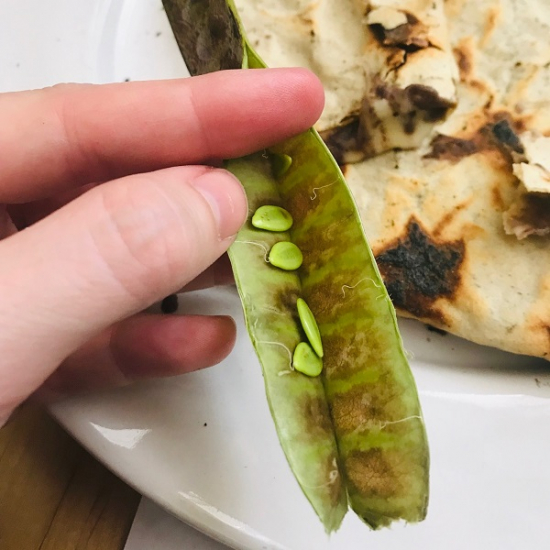 My beverage was no less notable. The chepiche mezcal cocktail featured a tangle of feathery, bright green chepiche fronds and sweet, cooling cucumber in a bath of lime, mezcal and mineral water. Curious, I fished a chepiche leaf out of the icy liquid and chewed it. It tasted like cilantro, citrus, and black pepper. The drink was so delicious that I ordered another to drink while writing this account for you. 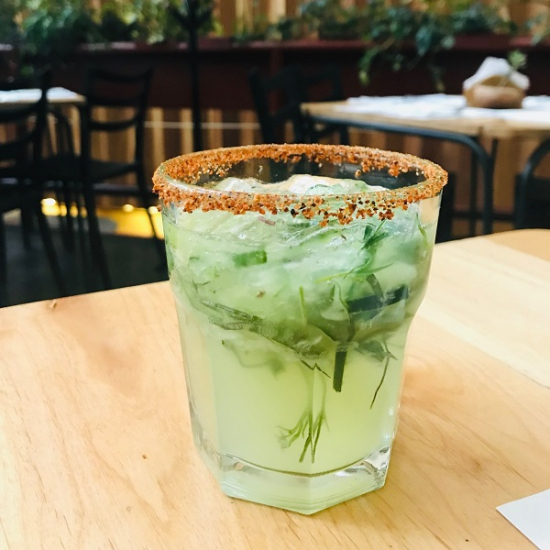 The Joy of Receiving the Joy of Cooking
Scroll to top