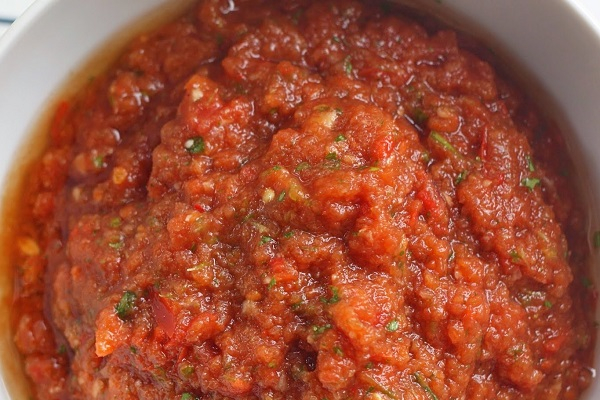 Sofrito is both a technique and a sauce made of sautéed ingredients (generally onions, garlic, peppers, and tomatoes) that serves as a flavor foundation for many traditional Spanish, Mexican, and Latin American cuisines in stews, soups, and even paella. Sofrito translates as “gently fried” reflecting the proper technique of “poaching” vegetables in oil on a medium fire until nearly melted. The sofrito can then be added to foods to continue cooking until the dish is done.

The basic procedure for a sofrito is to heat oil in a pan and sauté onions, garlic, and peppers until soft and slightly golden. Then, for a red variety common in Mexico, add peeled and chopped tomato to “fry” on a high heat until the tomato liquid evaporates. Salt, pepper, cumin, oregano, pimenton, and bay leaf are a few commonly added seasonings. Keep this mix on hand to quickly construct a flavorful and fragrant stew, rice, fish soup, or potaje.