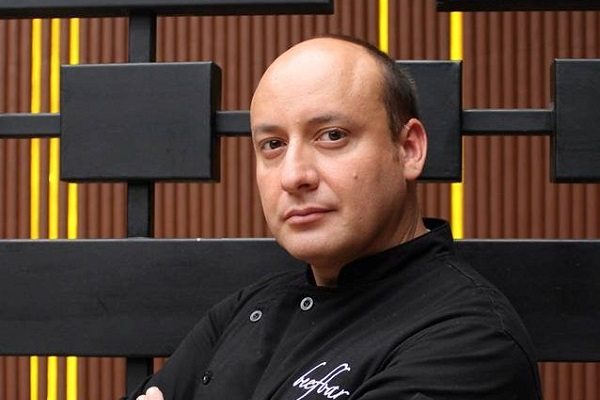 Chef Alfredo Reyeros learned about life on the line at an early age, working in his family’s restaurant in Mexico City and spending summers preparing Mexican food in New York. After earning a degree in Hotel Management and completing his culinary education at Cordon D’or, he honed his skills cooking for hordes of cruise line guests at sea – no doubt building skills of resourcefulness and administration. He returned to Mexico City to participate in the opening of Le Cirque. A few years later, Chef Reyeros was tapped to lead the kitchen of Beefbar Mexico City.

Born in Monaco the Beefbar global franchise is famed for impeccable beef selections. And, while the corporate brand remains prominent in the Mexico City location, Reyeros is encouraged to honor the resources and flavors of his homeland. The menu includes choice cuts of Mexican raised Limousine beef, Wagyu street tacos, ceviche, tiraditos, and even a vibrant green jalapeño potato purée in place of classic mashed potatoes. As a result, despite the very sleek restaurant interior and international wine selection, once you begin eating, there is no forgetting that you are on Mexican soil.

On the recommendation of a friend and Master Butcher, Chef Marc Pauvert, I caught up with Chef Reyeros at Beefbar while in Mexico City. After an artful and very satisfying tasting menu, he indulged me by answering The Probe: