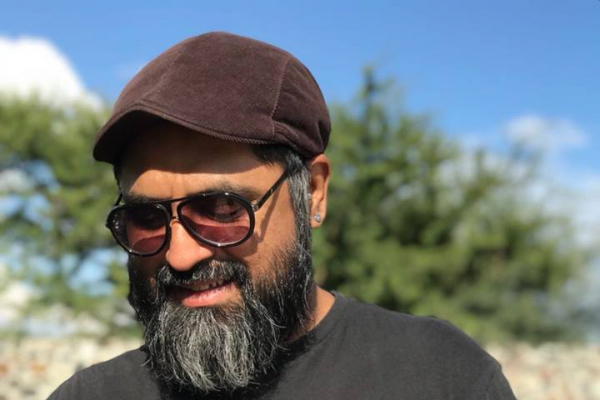 Within the revived Spanish colonial building, flanked with two-story tall volcanic stone walls and arched brick ceilings, any Chef would feel the pressure of living up to a legacy set by the Mexico City icon Café Tacuba. Juan Pablo Ballesteros, great-grandson of the Tacuba creator had greatness in mind for the space, and it seems he has achieved the goal with Chef Carlo Meléndez and Argentinian Chef, Marcos Fulcheri.

Carlo started as a kitchen assistant in 1999, starting in coffee shops and gravitating toward Mexican at Los Almendros. In 2006, he met and worked with Marcos Fulcheri at the D.O in Polanco before moving on to Le Bouchon. In 2013, Chef Fulcheri invited Meléndez to be part of Limosneros, a demanding new project requiring significant research and respect for traditional Mexican cuisine.

Meléndez is quoted as having said that he first entered kitchens to satisfy the need for work and an insatiable hunger. Today, twenty years into his career, I cannot say if he is getting enough to eat but he is certainly satiating the desires of his patrons. The menu he oversees and continues to develop with Chef Fulcheri is a gourmet’s dream, a sort of choose your own adventure that allows one to try seven different dishes from an extensive menu. The work this must generate in the kitchen is mind-boggling but the effect in the front of house is as impressive as the 400-year-old dining room itself.

After a thorough satiation, and a very happily received gift of sotol from the kitchen, I had the pleasure of meeting with Chef Meléndez. He kindly agreed to endure my probing for your entertainment…

Mexican food aside, which cuisine most excites you and why?
I think maybe Spanish food for its rice paella, tapas, sausages, and hams. Also because they set the trend from Ferrán Adriá for inventive molecular gastronomy.

What meal most reminds you of your childhood? Who prepared it?
I remember that my mother prepared many vegetables to be economical feeding our family, and I have great affection for her tortilla of carrot or potatoes, of green beans or peas almost always in a sauce of red or green tomatoes accompanied by rice or beans.

What culinary trend/fad do you refuse to follow?
I do not know if it is still the fashion in gastronomy, but I am not excited by the fad that demands too much interaction by the diner, that makes them stop to take a bite or put on headphones to eat something. I do not think that the food should be an intellectual challenge, rather it should be a sensual pleasure. Taste must prevail over everything else.

If there was a soundtrack for your work life, who are the musicians/groups on the recording?
In few kitchens we work with music, but I enjoy cooking with jazz (Parker), soul (Bradley) or the Buenavista Social Club.

Where will I find you on your day off?
Surely in some taquería or canteen downtown. Sometimes at the Cineteca, somewhere recommended, or at home with a glass of wine.