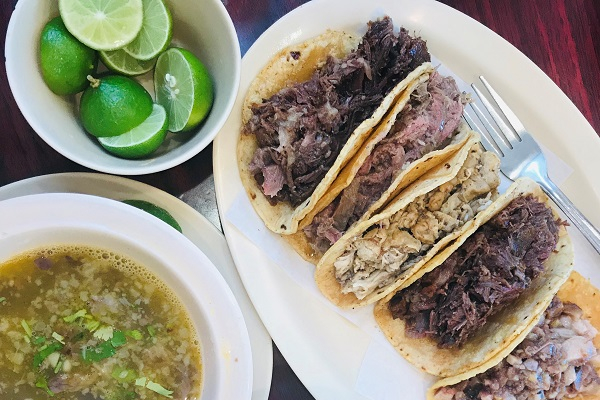 As they say, two heads are better than one. So, imagine the goodness derived from dozens of heads each contributing their best assets to a cause. Powerful, right? In this case, I’m talking about decapitated riches contributing mouth-watering, slow-cooked, morsels of cheek, tongue, brain, and, yes, even eyes. If you aren’t feeling the love, you are not alone. Until the 1930s, the love affair of Mexico’s people for the Spanish gift of beef ceased above the neck. Mexicans had long embraced the offal gems of bovine anatomy, finding delicious uses for hearts, livers, intestine, lungs and even testicles. But, they showed little interest in the meaty bits on and in the animal’s skull.

According to historian José Ascensión Velázquez Hernández, an industrious young man from Santiaguito de Velázquez, Jalisco, changed all that, turning waste into a modern-day treasure, tacos de cabeza (head tacos). While his countryman found little charm in tongues and brains, the market for bones was booming. So, José Hernández Villalpando, known as Chapo, was laboriously ridding cow craniums of meaty bits to sell the bones until, in a fortuitous twist of fate, these bits became taco filling. In that moment, surely sonorous harmony could be heard as the angels in heaven sang on high.

By 1936, Chapo and his buddy Funda, established the first known outlet for tacos de cabeza in Mexico. From four or five heads a day, the men sold 200 tacos at five cents each, forever changing the value proposition of cow heads in Mexico. For the past 80 years, the inhabitants of Santiaguito de Velázquez, the cradle of tacos de cabeza, have taken their babies throughout Mexico and the United States. I would like to credit Chapo for having inspired the owner of San Diego’s new head-centric eatery, De Cabeza in Chula Vista. 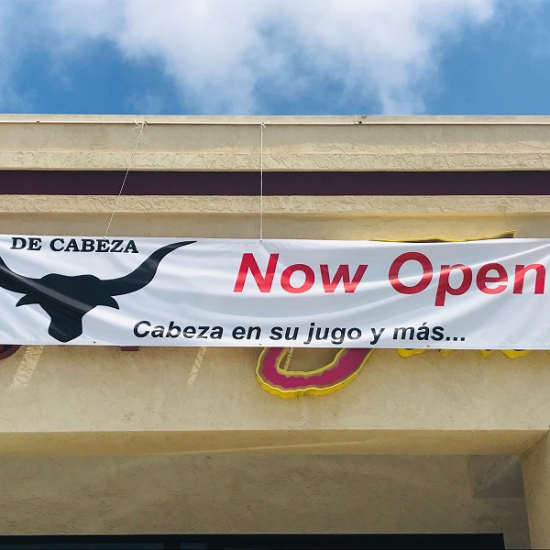 A brave concept in Chula Vista is bringing back the wasted bits.

De Cabeza is making the gutsy move of showcasing the succulence of peri-cranial carne for an American audience, albeit largely Mexican immigrants and Chicanos. The menu features tacos of head meat (maciza) not to be confused with another offering, seso (brain). There is also cachete (cheek), lengua (tongue), ojos (eyes) and surtido (a mixture of these meats). You can opt for an “alambre” presentation of your head booty sautéed with onion, peppers and bacon. And one would be remiss to overlook the rich consommé broth or to pass up at least one quesotaco in which the tortilla is replaced with a wrapper of crispy grilled Monterrey Jack cheese. 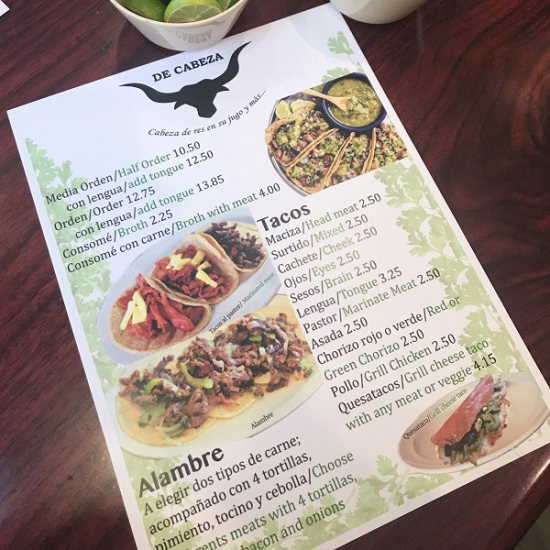 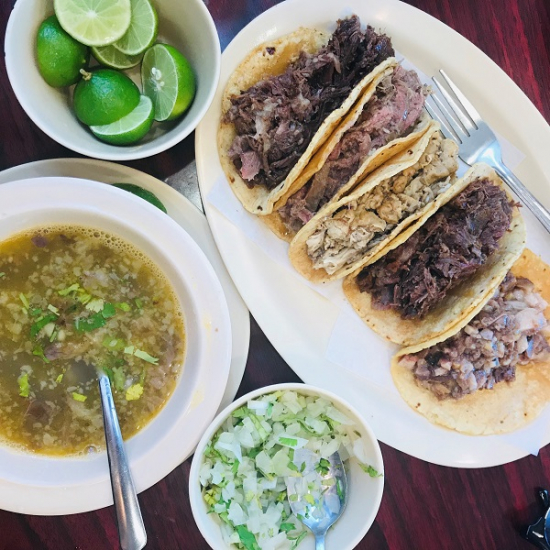 The classic combo of tacos and a bowl of consommé.

I ordered up a sampler platter of five tacos: mixed-meats, brain, eyes, tongue and cheek. The mixed meats were savory and rich. The brain was mildly flavored and the perfect conduit of a delicious green salsa. The eyes, which are in short supply for obviously reasons, were similar to bone marrow in texture and flavor, melting away in their corn blanket. The tongue was meaty, dense, and begging for an onion and cilantro confetti reception. Lastly, because one must always save the best for last, the cheek was beefy perfection, so rich and yielding that I was forced by uncontrollable impulse to order a second cachete quesotaco, an act of sheer gluttony washed down with savory consommé. 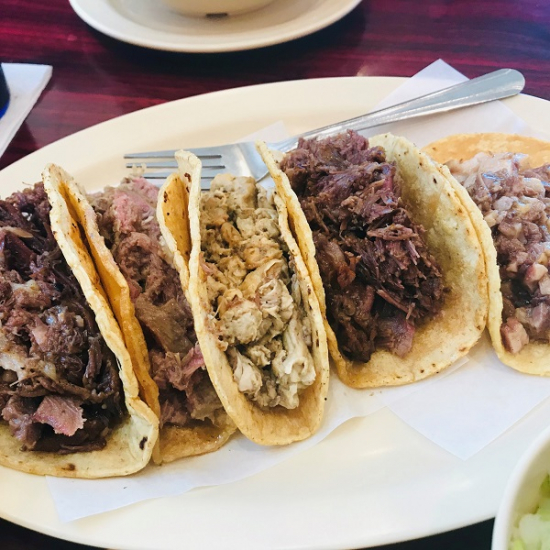 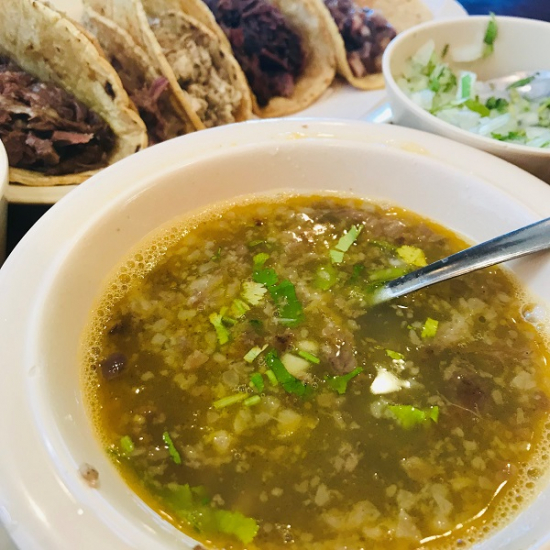 There are crude jokes too easily made about good head which I will leave to baser folks. Instead, I will contend that cows have more than just a pretty face, a mind is a terrible thing to waste, and soon your endorsement of tacos de cabeza will not be made tongue in cheek but, rather, of tongue and cheek.