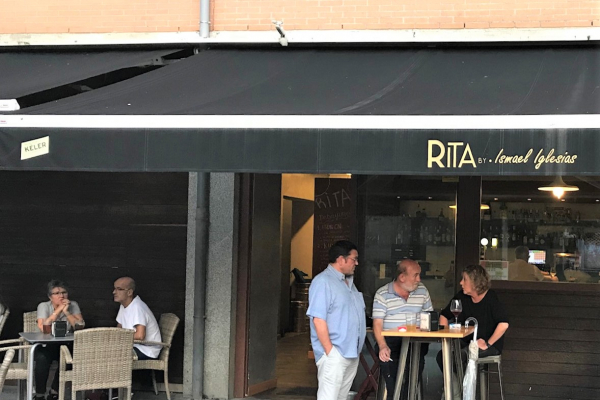 On the recommendation of Igor Cubillo and after significant trolling of the weekly tasting menus, I ventured to Rita for dinner. I had wanted to experience their seasonal prix fixe lunch special but, given my grueling eating schedule, I had to settle for dinner. The restaurant is nestled within Atotxa Plaza near the main bus station in San Sebastian. Clearly popular with the neighbors, on this warm evening the cafe seats were full at 8:00pm with just a few people inside at the bar. A server kindly found me a seat on the terrace and brought a glass of Verdejo to cool me from my cross-town walk. While sipping the wine, I retrieved a new purchase from my bag, a copy of Xabier Gutierrez’s latest novel, signed by the author himself earlier that afternoon. As I read, I began to relax and feel the welcome pangs of hunger. 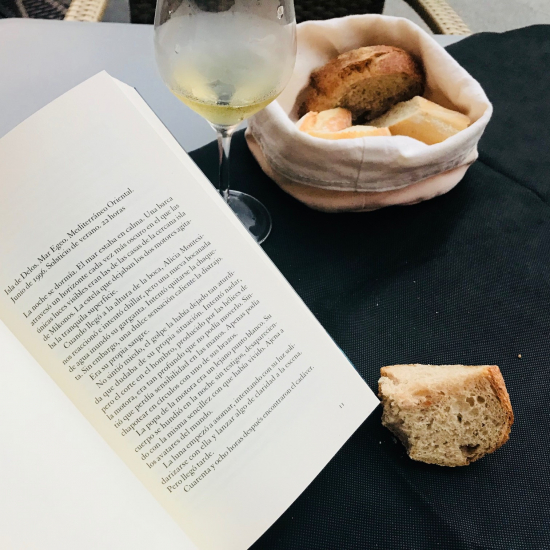 A culinary crime novel to get me in the mood.

The amuse buche was a simple, crisp baton of bread wrapped in an almost translucent skin of ham which delivered a shocking amount of flavor for something virtually invisible. At its side, a soiree of Arbequina olives lazed about in a pool of rich olive oil. In dove my bread. It was first whole wheat loaf I had seen in a week. 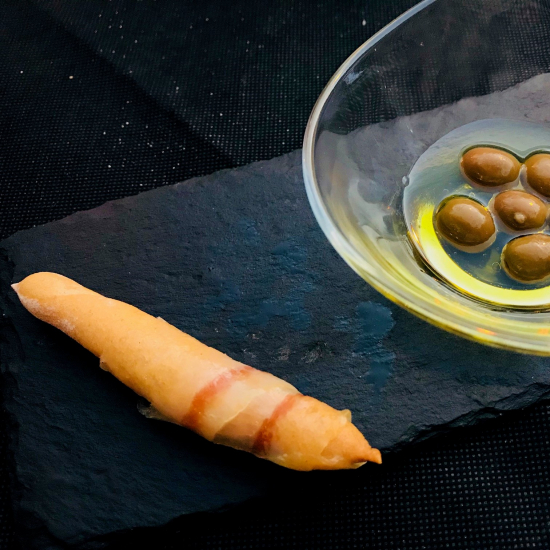 I admit that I enjoy the unilateral logistics of traveling alone but, the solitude falls apart when I want to try everything on a menu. Forced to decide, I ordered three dishes because my eyes have an arrangement with my stomach that has no basis in capacity.

First, the tomatoes with onion, guindillas, and bonito. One bite, mind blown. Well-salted in light oil and effervescent with the pickled tang of guindillas, the dish hit me in the recesses of my cheeks. POW! The portion was huge and I was forced to choose my bites wisely to maintain precious space. 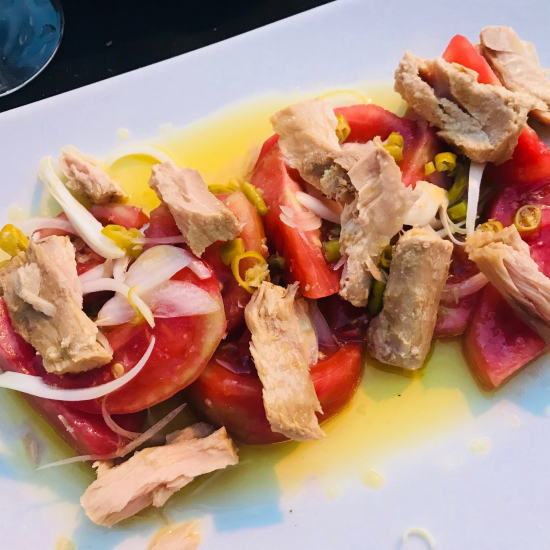 Next zixe hori (setas/wild mushrooms) and cigala rebozados (fried shrimp) appeared in a bowl over which a broth fortified with sea salt was poured at the table. I can describe this dish in one word: umami. Incredible intensity of meaty mushroom flavor with a bass note of the sea. As I ate, the salt built on my tongue, ultimately becoming too much. Just then, the server encouraged me to pour the remaining consommé into the bowl. Indeed, the addition lowered the salt concentration and the last spoonfuls were again delightful. 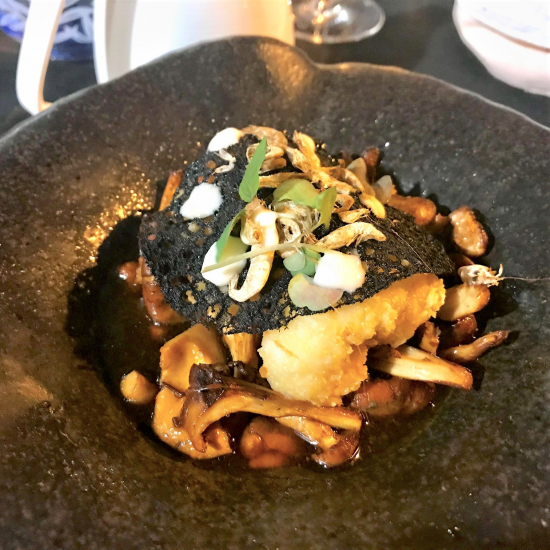 Sadly accepting my human limitations, I elected not to proceed with an order of Xipiron al plancha en el stilo pelayo (a very traditional squid dish). In its place, I ordered a 1/2 cheese plate to complete my meal. Without explanation (this sometimes happens when the servers assume I will not understand Spanish), I sampled an unmistakable Idiazabal, then a soft biting cheese that tasted vaguely like Torta del Casar, which opened my eyes wide. The third taste was something too dry to compete with its creamy neighbors so I moved on to a Cabrales so strong and smooth that my eyes sunk closed to fully savor the gift from Asturias. 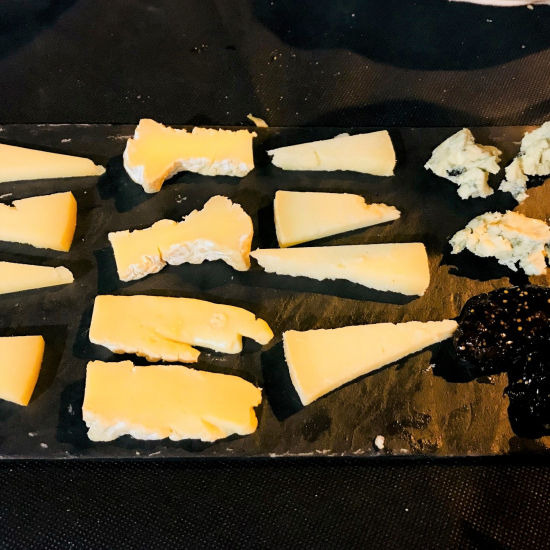 After appreciating the work of Chef Ismael Iglesias, I desperately wanted a carajillo (strong coffee with a liquor called 43) to finish my night but, of course, that would more likely begin my night wide awake. Sigh. We can’t have everything. But almost.

Rookie Recipe of The Year 2018 – VeSVcCdC
Scroll to top